Answering the Clarion Call for the Global Pact for the Environment

Sustainable investing is increasing - and this trend has led to more vigorous corporate action on sustainability in general and on climate change in particular. There is a growing consensus on the need for a clean energy transition, and the debate over what must be done to achieve deep decarbonization in the United States has intensified with several alternative plans. A shift away from a framework of environmental law and policy based on Kaldor-Hicks economic efficiency toward a rights-based legal structure centered on the Polluter Pays Principle is necessary. All pollution and other environmental harms have be stopped or fully paid for with compensatory harm charges.

As the light at the end of the pandemic tunnel appears, the need for better global cooperation in general and on environmental issues in particular has started to come into sharper focus.  Leaders across the world are working to reinvigorate their economies post-Covid-19 with many having pledged to move toward a sustainable future as they seek to “build back better.” In Europe, this commitment has come in the form of the EU Green Deal. Others have similarly advanced agendas for a more sustainable economic future.

After four years on the sidelines, America is back in the sustainability game. President Biden has indicated that his Administration will put forward a commitment to net-zero greenhouse gas emissions by 2050 as part of his own Build Back Better agenda. And important stakeholders across the American political spectrum are now focused on pathways to deep decarbonization including some Republicans and significant parts of the American business community (most notably the high-powered Business Round Table). Thus, the U.S. climate conversation has shifted from whether to take action on climate change to how – and how quickly.

Perhaps the strongest signal of the promise of change can be found in the ever-widening number of corporate leaders across the United States who have stepped up to the sustainability imperative. Likewise, a growing number of sustainability-minded investors have indicated that they want better alignment between their values and their portfolios and thus have begun to demand improved corporate sustainability metrics – covering core elements of Environmental, Social, and Governance (ESG) performance. My new (edited) book, Values at Work, chronicles the rise of sustainable investing – and the momentum this trend has created for more robust corporate action on sustainability in general and on climate change in particular.

With this growing consensus on the need for a clean energy transition, debate over what must be done to achieve deep decarbonization in the United States has intensified with several alternative plans having been put forward in recent months including:

With the United States back on the field with regard to the international conversation on climate change, expectations are rising for what might come out of COP26 climate negotiations in Glasgow at the end of the year – especially as the host British government led by Prime Minister Boris Johnson seems eager to reassert the UK’s role as a global leader by guiding the world community toward a redoubled commitment to significant climate change progress. As more and more governments announce ramped-up nationally determined contributions to climate change action, observers are now hopeful that the Glasgow gathering in November will be able to overcome past disputes on financing and other issues and put the global community on track to meet the targets of the 2015 Paris Agreement.

The high hopes for environmental progress in 2021 go beyond climate change. In particular, the global community will convene later this year for another pandemic-delayed Conference of the Parties – in this case to the Convention on Biodiversity (CBD). Organizers hope that the nations that attend CBD COP15 will make substantive commitments to reverse the loss of biodiversity around the world and ensure that humanity stays within the planetary boundaries that Potsdam Institute Director Johan Rockstrom and his team of scientists have identified.

In addition to the Climate and Biodiversity negotiations, the United Nations will host a global Food Systems Summit later in the year, with environmental issues and the vision of a sustainable future again in high relief. At this Summit, governments will be asked to make concrete pledges to promote sustainable agriculture and to achieve the food-related elements of the Sustainable Development Goals agreed upon in 2015.

Over the course of 2021, governments will have another opportunity to consolidate the global commitment to a sustainable future as discussion deepens and momentum builds for the adoption of the Global Pact for the Environment — articulating fundamental environmental rights and foundational principles of environmental law. The negotiating framework for the Pact established by the 2018 United Nations General Assembly Resolution 72/277 put the foundations for embedding the sustainability imperative in international law in place. Now it is time for the negotiators to get down to business.

At its core, the Global Pact would recognize environmental rights as universal human rights. With more than a hundred countries having put a commitment to the environment into their constitutions, the logic for embedding this principle in international law has become manifest.

For those interested in the detailed legal argument behind this claim, my forthcoming NYU Environmental Law Review article, “The End Environmental Externalities Manifesto: A Rights-Based Foundation for Environmental Law,” (written with my colleague Don Elliott) explains why every citizen in every community and nation should be guaranteed a healthy environment both as a matter of Natural Rights and positive law. Specifically, we call for a shift away from a framework of environmental law and policy based on Kaldor-Hicks economic efficiency toward a rights-based legal structure centered on the Polluter Pays Principle and a core requirement that all pollution and other environmental harms be stopped or fully paid for with compensatory harm charges.

I would further note that judicial efforts to vindicate environmental rights are on the march around the world – with the French Constitutional Council and Conseil d’Etatleading the way. In this regard, climate change litigation has started to get legal traction in a number of countries including the Netherlands, France, Ecuador, Columbia, India, and Pakistan. For those interested in this emerging jurisprudence, the 2019 Yale Global Constitutionalism Symposium included an environmental chapter highlighting the critical court decisions. The 2020 Symposium materials included an update on recent developments in climate change litigation as well as a discussion about the Global Pact for the Environment.

With ever-expanding interest in the pathways to a sustainable future and a younger generation that prioritizes environmental rights and demands climate change action emerging in leadership roles all across the world, 2021 is shaping up to be a watershed moment for the environment. But the opportunity to lock in sustainability as a core value of the 21st Century and firmly establish the fundamental right to a healthy environment would most definitively be advanced by answering the clarion call for the Global Pact for the Environment. 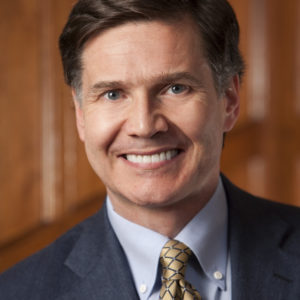 Dan Esty
Dan Esty is the Hillhouse Professor at Yale University with primary appointments in the Yale School ...
Author details

The Failure of Climate Change Multilateralism and its Urgent Reboot

Why is humanity still losing the war against the climate crisis despite five decades worth of intern...

Sixty years ago, the bases for environmental protection were outlined, with the need to establish co...