Key proposals to improve the status quo: declare the importance of protecting animal welfare in new international legal measures to protect the environment; amend the Convention on Biological Diversity and CITES to acknowledge the individual value of sentient non-human animals that rely on thriving natural environments; amend the Convention on Biological Diversity and CITES to include an acknowledgment that the modern methods of using non-human animals for their components and genetic resources currently contribute to the extensive suffering of living entities; acknowledge the unsustainable nature of production methods that use living entities as products in the development of new IEL texts: any reference to One Health should acknowledge animals as an essential pillar of the approach; any reference to animal components should be raised with the view of drastically decreasing consumption rates and moving towards predominately plant-based diets.

The reticence of nation-states to actually change their harmful behaviour is founded in the language of international instruments, which neglect to adequately conceptualise the value of all aspects of our natural environment.

The relative silence of international environmental law (IEL) on animal welfare is one of its gravest failings. It is not to say that developments in IEL have not been instrumental in acknowledging the severity of the environmental degradation of our planet. Indeed, IEL serves as a ‘moral compass, reminding governments and the public of theircommitments to conservation. Rather, it is to acknowledge that the reticence of nation-states to actually change their harmful behaviour is founded in the language of international instruments, which neglect to adequately conceptualise the value of all aspects of our natural environment. A fundamental part of environments in all parts of the world is the individual sentient and suffering beings that inhabit them.

The intention of this submission is not simply to argue that individual animal lives deserve far more attention and respect than they have been given in IEL texts to date. That is a claim that has been well articulated and supported by hundreds of animal welfare groups around the world through theAnimal Issues Thematic Cluster. The intent here is to raise that if non-human animals had been conceptualised as individual sentient beings that were currently experiencing unprecedented levels of suffering through profit driven industry practices, there would be a much greater chance that states would have hesitated far more before allowing those industry practices to continue. At the very least, it would have provided one more aspect to consider before making any status quo decisions.

Take, for instance, one of the leading multilateral conventions in IEL: the Convention on Biological Diversity (CBD). Despite being largely normative, the CBD has had amajor impact on the broader development of international environmental and biodiversity laws. Theobjectives frame conservation and sustainability, laudable aspirations in and of themselves, in terms of the “components” of biological diversity and the “benefits” of the genetic resources that come from this. The word “animal” is only mentioned in the text as a constituent part of an “ecosystem”, or that which provides “genetic material”, with no individual definition provided. This conception is further demonstrated in the text of CITES, which only refers to animals as‘specimens’.

Herein lies the crux of the concern. A leading text of IEL in effect endorses the notion that animals should be conceptualised only for their benefits to humans. Notions of conservation and sustainability are incorporated in a way that further problematizes the treatment of animals: by reinforcing their commodity status. The need to protect non-human animals only stretches a far as maintaining their population sizes for further consumption by human animals.

There is already a level of international consensus on the need to change the status quo. The realities of animal industry production are a part of that status quo, and therefore need to change.

An immense environmental issue that flows on from this status is the support it offers to complacent animal industries to maintain their unsustainable production methods. According to the Food and Agriculture Organization of the UN, the animal agricultural sector (including manufacturing of fertilizer, the shipment of animal products, and the production of feed crops) is responsible for 18% of all greenhouse gas emissions, measured in carbon-dioxide equivalent. Carbon dioxide, considered the most powerful GHG with the most direct global warming effect, is produced in animal agriculture in numerous ways, including feed crop cultivation, fuelling factory farms, desertification, deforestation, high-energy feed, and the processing and packaging of slaughtered non-human animals. As the 2020 Emissions Gap Report of UNEP highlighted the rise in global warming and the seriousness of its effect on species around the world, there is already a level of international consensus on the need to change the status quo. The realities of animal industry production are a part of that status quo, and therefore need to change.

If seminal IEL texts like the CBD and CITES had given any level of acknowledgment to the reality of the harmful capture, breeding, trade, and consumption aspects intimately entwined with human access to living resources, the protection of our natural environment would be far more effective. If a state has ratified a text that stipulates that its citizens’ activities are causing massive suffering to the living beings that cohabitate its land, there would be an unprecedented mechanism to raise local awareness of the value of animal welfare. The value individuals give to other living individual isshaped by how our laws reflect and protect their lives.

UNGA Resolution 73/333 reaffirmed the role of UNEP as a leading environmental authority that sets the global environmental agenda and serves as an authoritative advocate for the global environment. By the UNEA acknowledging for the first time the value of animal welfare in the 2022 Declaration, citizens around the world will see the importance with which our global leaders hold all living entities.

Those preparing the 2022 Declaration can take the following actions to improve from this status quo:

The international community can no longer afford to convene high-level discussions on the inherent value of our natural environment and continue to leave animals out of the discussion.

The international community can no longer afford to convene high-level discussions on the inherent value of our natural environment and continue to leave animals out of the discussion. IEL texts need to expand their tentative wording that protects the commodification of sentient beings, and integrate more compassionate language. While UN negotiations are a delicate game of compromise and concession, we must ask ourselves what we are really willing to compromise moving forward. The value of a life experiencing their existence without long-term and severe suffering for the profits of industries harming our environment is a point that should no longer be conceded by any diplomat. 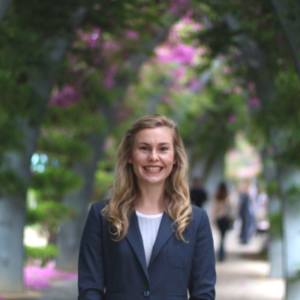 Why Include Animal Welfare in the 2022 Declaration?

Animal welfare is still missing at the UN and particularly in its Agenda for the Environment, even i...