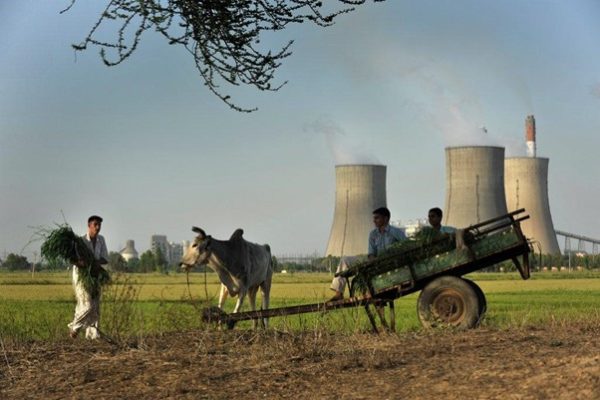 1. International law and the environment

The foundations of modern international law rest on the shared purposes of all states to strive for peace, security and development. Countries have aimed at expanding the production and exchange of goods through trade with one another. Increased standards of living are expressly tied to the optimal use of the world’s resources. The United Nations Charter of 1945 and the agreement establishing the World Trade Organization of 1995 entrench these goals. If a country breaks the trade rules, it can be taken to court to face consequences.

The protection of the environment is a purpose that is also acknowledged by states. The Stockholm Declaration of 1972 is a landmark in the international recognition of the centrality of the environment and the need for sustainable development. This recognition has been replicated through specialized treaties. For example, treaties on climate change and biological diversity provide guidance to states on how to solve urgent international problems. General principles, such as the obligation of states to prevent environmental harm through due diligence, and the precautionary principle (set out in the Rio Declaration), have been recognised by courts. A dedicated United Nations Environment Programme (UNEP), established in 1972, provides institutional support.

Unfortunately, the fragmented nature of international law often leads to the marginalisation of ecological protection. This is because the dominant interests of states are often shaped by, and pursued through, freedoms guaranteed by international law (such as trade), with environmental protection an exception that requires justification. For example, if states impose barriers to trade to protect the environment or public health, these may be challenged as disguised protectionism. In defending these barriers, states can point to agreed goals in other areas of international law. Yet this is not always successful. For example, without binding expression, the precautionary principle may fail to influence courts and tribunals adjudicating on trade obligations (which occurred when a WTO panel ruled on a dispute over genetically modified organisms). Moreover, while trade disputes are compulsorily litigated, there is not guaranteed dispute settlement for transboundary environmental harm, meaning that legal recourse for an affected state is ad hoc, if available at all.

2. Centring the protection and preservation of the environment

The ecological and biological stresses of the current decade call for a major change to the place of environmental protection in international law. Most pervasively demonstrated by the COVID-19 pandemic, but also by so-called ‘natural disasters’ such as wildfires, temperature rises and glacier melts, there is a need for people and states to find solutions to global problems through law.

International law is already directed to environmental protection, but in specific and sometimes fragmented ways. Other areas of international law facilitate patterns of production and consumption that need to be changed or checked. The foundation – or default expectation – of international law must become environmental protection and stewardship, with an acknowledgment of common but differentiated responsibilities that allocate to wealthier nations the greater responsibility to act. Other worthy goals, including the benefits of trade, should continue, when proven by empirical evidence: liberalized trade and shared access to renewable technology is an example.

The protection of a right to a healthy environment allows for enforcement through national courts, as has occurred in the Netherlands. Obligations for environmental protection can be strengthened and crafted in ways that promote local solutions, the protection of human rights and a resilient economy. The obligation of states to prevent environmental harm through due diligence is a principle that can shape local production practices and inform cost-benefit analyses. Law can and should include the protection and preservation of the environment, and of human and nonhuman species, at its centre.

For the protection of the environment to be more holistically recognised in international law, three developments need attention and progress: institutional, doctrinal and conceptual.

First, institutional reform must place the environment at the centre of dedicated international organisations (including UNEP) and other international organisations whose work inescapably affects the environment. In 2012, governments acknowledged in ‘The Future We Want’ (General Assembly Resolution 77/288, para 88) that there is a need to strengthen UNEP through financial and other resources. Trade bodies are starting to expand their environmental expertise – acknowledging in fisheries management, for example, that weak domestic environmental protection can justify trade bans between countries and that harmful subsidies should be eliminated. Domestically, strong institutional leadership ensures effective implementation of laws and allows for adjudication by courts. Domestic courts can step in when the legislative and executive arms of governments are slow to act on environmental issues.

Secondly, legal doctrine that supports the environment needs further development. Legal principles are important internationally and domestically. At the international level, states should consent to rulings by international courts of general jurisdiction such as the International Court of Justice. Jurisprudence from these courts has allowed for the development of principles such as the obligation of due diligence. For courts and tribunals of specialised jurisdiction, such as WTO panels, there must be enhanced use of environmental principles. Recognising the precautionary principle as custom, for example, ensures its recognition as a rule of international law informing the interpretative context of all trade agreements. Within the domestic context, there is a need to strengthen environmental laws, policies and frameworks (General Assembly Resolution 73/333 of 2019, para 14). Depending on the relevant domestic constitutional order, environmental rights can allow for legal redress within domestic courts, thus empowering a broad range of people. The UN Special Rapporteur on Human Rights has reported to the Human Rights Council on the issue of human rights obligations relating to the enjoyment of a safe, clean, healthy and sustainable environment.

Thirdly, diplomats and governments can provide a renewed vision for the environment. The proposed Global Pact for the Environment provides a conceptual departure from the expectation that protecting the environment is a secondary priority to other purposes of international law. A draft preliminary text, which was endorsed by academics and legal experts in 2017, envisions a right of every person ‘to live in an ecologically sound environment adequate for their health, well-being, dignity, culture and fulfilment’. An accompanying White Paper outlines its antecedents, which include the Stockholm Declaration and the Rio Declaration on Environment and Development of 1992. The feasibility of this instrument was discussed by an ad hoc open-ended working group established in 2018 pursuant to General Assembly Resolution 72/277. The conclusions of the working group, endorsed in 2019 in General Assembly Resolution 73/333, have set up the pathway for a 2022 Declaration. 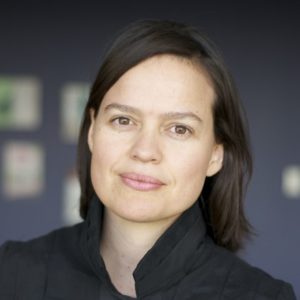 Margaret Young
Professor Margaret A. Young is a Professor at Melbourne Law School, University of Melbourne. A Fello...
Author details

Key Proposals: The article offers an analysis of the interests of a multilateral negotiation of a bi...

The Blog “Pathway to the 2022 Declaration” evolves today to “Green Diplomacy.”